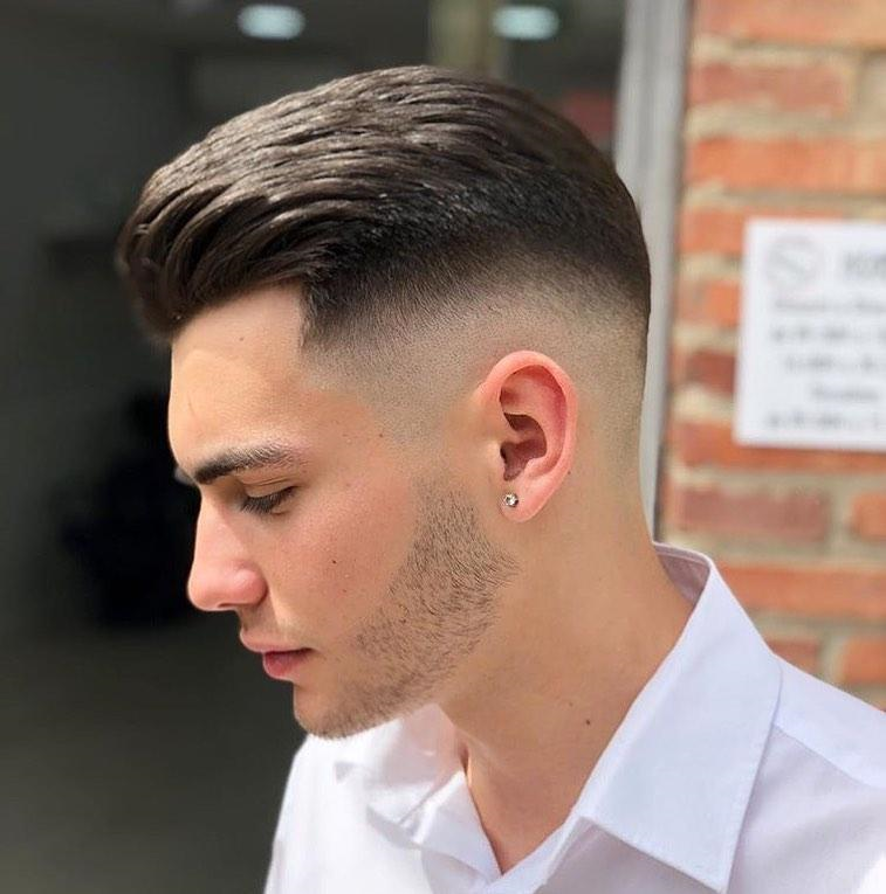 Is it time for a new look? Have you thought about a trendy fade haircut? Fade hairstyles are all the rage for men’s hairstyles this season. And it’s easy to see why. They are very sleek and sexy and the best part is that they are so easy to maintain.

LoveHairStyles recommends fade haircut for the man who is looking for a rugged yet stylish look. Read ahead to find out more about this popular hairstyle.

What is a Fade Haircut?

Popular in the 40s and 50s in military and ethnic hairstyles, the fade haircut fell into fashion in the 1990s among celebrities and continues to be one of the trendiest hairstyles for men to date. Even as little as ten years ago, fade haircuts were preferred by those men who were looking for an edgy hairstyle. However, thanks to the versatility of this style, they are now mainstream.

So what is a fade haircut? Simply put it is a transition on length on the side and back of the hair where the hair is not all the same length yet somehow blends together to create a sleek and trendy hairstyle. There are various levels of the fade from low to mid fade to high. The type of fade is determined by how high the shorter part “fades” to the top of the head before it transitions to another length.

What is the Difference Between a Taper and a Fade?

A taper cut is gradually shorter on the back and sides, shorter at the end without any disconnect. As well, there are generally two to four inches of length on the top of a taper haircut.

A fade hairstyle is longer on the top and slowly fades on the back and sides until it reaches a spot where it is completely shaven. As well, a fade is typically shorter on the top than a tapered hairstyle.

There is a version of the taper fade in which the fade is very subtle as it fades around the sideburns or neckline, but this should not be confused with other styles of fades.

Somewhat conservative, the low fade is tight at the bottom of the cut and blends in from the start. Typically, faded at the neckline and over the temples, a low fade looks best with a bit more length on the top. The pompadour is a good example of a popular low fade haircut.

A mid fade cut starts halfway up and ends somewhere around one or two thirds on the side. A typical mid fade ends just above the eyebrows. Popular mid fade styles include comb-over and quiff fade hairstyles.

Starting out longer at the top, a high fade ends right below the crown before it gradually transitions into longer lengths. However, there is no disconnect in a high fade as opposed to au undercut style. It is the most dramatic of the fade hairstyles for men. Faux hawks are the most popular cut of this style.